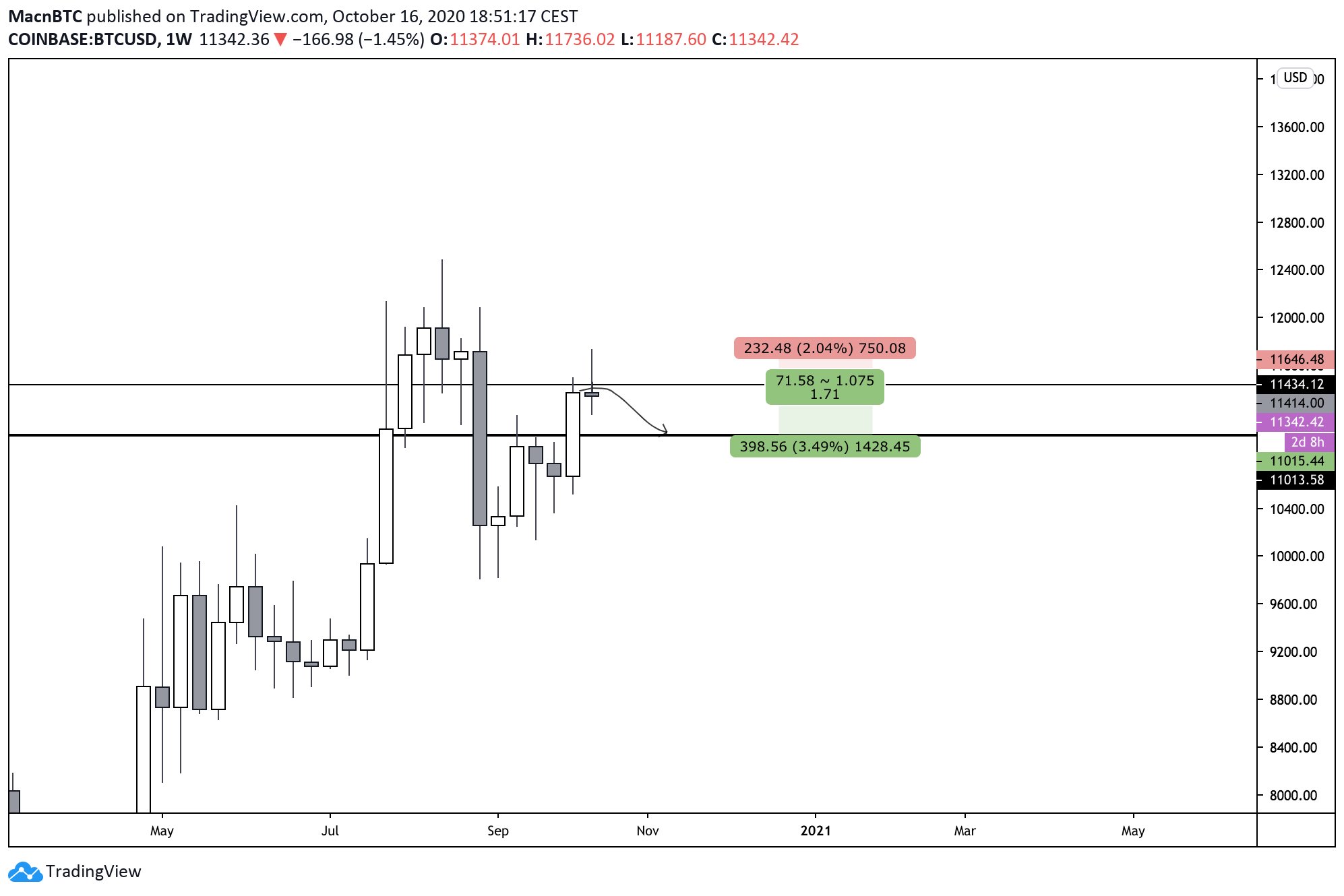 Bitcoin is likely to drop towards $11,000 in the coming days, analysts say. The cryptocurrency is likely to do so as it has formed a strong rejection at the $11,400 resistance level, which has been a level of importance for the asset on a short-term and long-term basis.

Bitcoin Likely to Drop Towards $11,000 as Key Resistance Holds

The analyst that shared the chart below says that Bitcoin will likely hit $11,000 before it rallies to $12,000. He added that around the $11,000 region, even towards $10,800, he will be a net buyer of Bitcoin as the coin is likely to bounce after interacting with that range.

Vinny Lingham, chief executive of Civic, thinks that the coin could rally three times to five times in the coming 12 months as the macro trend remains bullish:

“I haven’t been this bullish on #Bitcoin since 2016. Macro events are teeing us up for another bull run. BTC could go 3-5X in the next 12 months, but if it goes 5X+, we’re back to bubble zone. Key indicator is BTC dominance – if it drops below 35% during the run, caveat emptor.”

Lingham is also a partner at Multicoin Capital. Multicoin Capital is a top investor in the crypto space, investing in top projects and having released a series of good pieces on market trends.

A crypto-asset analyst that specializes in market cycles recently shared the chart below. It shows that BTC’s price action now looks extremely similar to the path that the market took in the last market cycle, from 2013 to 2016.

This analysis suggests that Bitcoin will soon see another strong leg higher, which should push it to $13,000 by the end of November or at least by the end of the year.