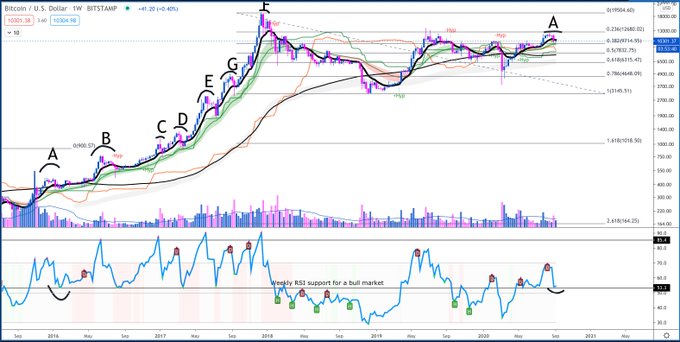 If Bitcoin continues to press lower in the hours and weeks ahead, it may not be in a bull market by historical standards.

A cryptocurrency trader shared the chart below on September 13th with the following caption:

“Weekly RSI now at what was support for all corrections in the previous bull cycle. Better hold the rest of the day.”

The chart indicates that Bitcoin should bounce here or at least consolidate here, thereby ensuring the RSI remains above this pivotal level.

This sentiment is in line with many other analysts who say that for Bitcoin to confirm it is in a bull market, it will need to hold $10,000.

$10,000, or at least the prices around this level, is important because it marked three separate highs over the past year.